The oboe is not a clarinet!

what is an Oboe?
A Guide For Young Oboists

The oboe is not a clarinet and so can you!!

Although many people would beg to differ, the oboe is not a clarinet. It is just not. You may have been thinking that it is, but it’s not. At times, after reading this or attempting to learn to play the oboe, you may even begin to wish the oboe was a clarinet. However, as previously stated, it is not.

No amount of asking to confirm this incongruity will change the fact the the oboe is a different instrument. It is simply not played by a famous cartoon squid. While they are both long, black tubes for music, some obvious differences are: the mouthpiece, the bell, and the keys.

The oboe has a self-contained noise production apparatus known as the reed. This marvel of engineering takes precision, creativity and vision to master, both in playing and making. It is constructed by scraping a folded piece of cane bound by some thread to a cork and metal tube. This setup is named the double reed, and it is twice as remarkable. Truly marvelous sounds can be emitted by this device, but for most of the learning process, a rooster on a firecracker would be considered an upgrade. 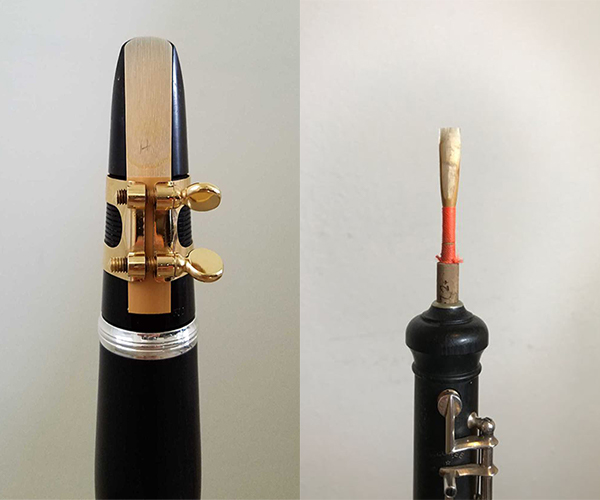 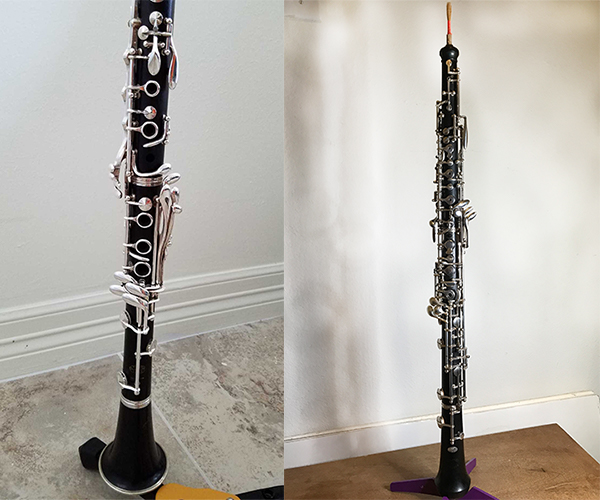 The bell of the oboe is rounded and compact. It receives the attention it deserves by merit alone. The oboe projects and sings through the bell with the most minimal flare, while the clarinet bell flares to an obnoxious degree. There have been many treatises written in an attempt to discover what the clarinet could be compensating for with this tactless and overly obvious attempt to imitate the trumpet, but alas, the mystery persists. 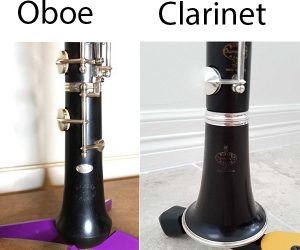 In contrast, the clarinet has a ready-made mouthpiece into which any novice can slip a single reed and produce the characteristic damp and mellow sound.

The key-work on an oboe is intricate and elegant. Even though there is always, without exception, something malfunctioning on this mechanism, it is required for such grace and beauty, which the oboist enjoys. Developing good technique on the oboe is a lifelong challenge. Technical development is not aided in the least by the cross fingerings and near-light speed finger teleportation required of the mechanism. 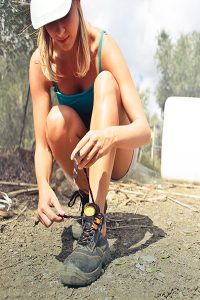 These differences in the mouthpiece, bell, and keys are fundamental distinctions among these instruments.  Additionally range of the Clarinet extends a full octave above that of the oboe which may seem to dwarf the oboe, perhaps this is why the clarinet is so much more popular than the oboe. Perhaps oboists have more refined tastes, who can be sure. There may seem to be a lot at odds between these two staple woodwind instruments,  but despite all their differences they do tend to get along.

The oboe is also not a bassoon or a saxophone… 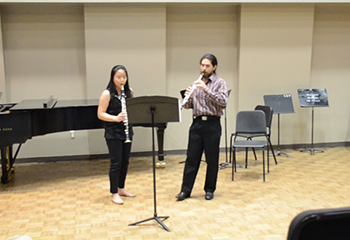 How to teach articulation and tone for the oboe- Contrasting features of the pedagogical writings of professors that begin with the letter S:Sprenkle, Schaeferdiek, and Schurring

How to alleviate hand position problems on the oboe.(Especially for young players)

Want to be a College Music Major? 15 Things you Should do