Danny Cruz is an active performer and teacher serving the communities of Greater Houston and Baton Rouge. He has spent 11 years developing his skills as an educator including teaching at Zwink Elementary in Klein ISD and maintaining a private oboe and piano studio. He holds a bachelor degree in Oboe Performance and Music Education from The Eastman School of Music in Rochester, NY.

Danny maintains an active performing carrier as a freelancer and has performed nine solo recitals across many states including Texas, New York, and Pennsylvania. He has participated in the Texas Music Festival orchestra, and the  Banff chamber festival and master class series. He was also invited to the Saarburg International Chamber Music Festival in Germany, the Vianden International Chamber music festival in Luxembourg, and the Aruba Symphony Festival as a guest artist.  Most recently he won a spot in the Orchestra of the Americas.

I put together this website to allow me to talk about myself in the third person, as well as to allow my students and colleagues to have access to the materials that I create including: instructional videos, reeds, materials for oboe pedagogy, as well as arrangements for various ensembles. Please explore the site and enjoy some serious oboe information as well as more light-hearted oboe nerd humor. More of my projects can be found by clicking this link to subscribe to OboeFiles on Youtube. 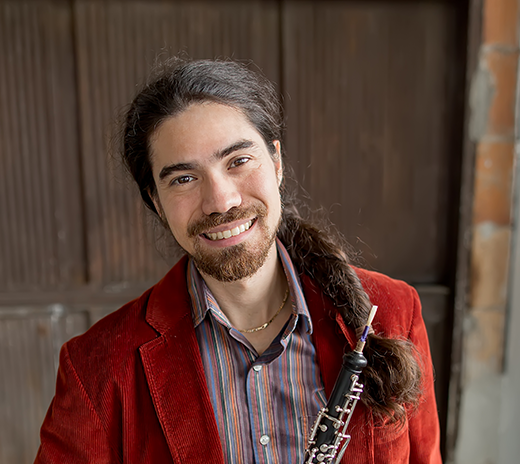